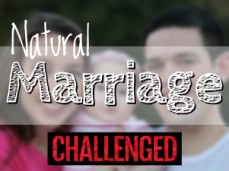 Washington, DC–Pacific Justice Institute is filing complaints today with the Washington D.C. Bar against nine federal attorneys over their handling of litigation involving the Defense of Marriage Act (DOMA).  The complaints, brought by more than 900 people, allege that federal attorneys litigating cases challenging the constitutionality of DOMA intentionally took action to sabotage the case and prejudice the federal defendants that they were charged with defending.

For years federal lawyers defended DOMA, stringing together a number of court victories across the country.  However, in February of 2011, Attorney General Eric Holder sent a letter to House Speaker John Boehner informing him that the Department of Justice (DOJ) will no longer defend the law.  Next week, oral arguments will be presented to the U.S. Supreme Court over the constitutionality of DOMA.

“What has become particularly troubling is that instead of handing over the files and substituting out of the case, the Department of Justice attorneys remained in the thick of the litigation, filing papers against their own client, the United States of America” said PJI President Brad Dacus.  “When this Solicitor General steps up to the podium in the Supreme Court to argue this case in less than ten days, the first question that the Justices should ask is: ‘Counsel – Exactly who do you represent?’” Dacus continued.

PJI is encouraging citizens across the country to visit NoWayDOJ.com to become official complainants.

It should be noted that last week the U.S. Supreme Court allowed the Solicitor General to participate in oral argument against California’s Proposition 8.  Oddly, the federal government is not a party to that litigation.