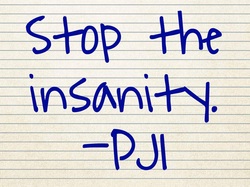 Sacramento, CA–In an attempt to stop the legislative insanity before it goes too far again, Pacific Justice Institute (PJI) sent a letter, Wednesday, to the California Senate Governance and Finance Committee in opposition to Senate Bill 323. This bill seeks to remove key tax exemptions from any non-profit youth organization—specifically targeting Boy Scouts in the bill—that does not embrace “gender identity” and homosexuality.

Brad Dacus, President of PJI stated, “SB 323 makes the atrocious attempt to force organizations to ultimately choose between changing their moral beliefs to align with those of the oppressive LGBT lobby, or shutting down their organization all together.”

According to the author of the letter, PJI Staff Attorney Matthew McReynolds, “SB 323 is misguided on several levels. First, it takes the unprecedented and alarming step of wielding the tax power as a weapon directed at the political enemies of the LGBT lobby. … Second, SB 323 is an attempt to circumvent holdings of both the U.S. and California Supreme Courts affirming the strong associational rights of the Boy Scouts, private schools, and other non-profits. … Third, and in a related vein, the bill goes out of its way to restrict the religious rights of private schools and colleges. … Finally, the bill’s imposition of ‘gender identity’ acceptance on virtually all youth sports in California is untenable and out of step with the reasonable privacy expectations of the vast majority of families.”

PJI urges you to visit its special website, GenderInsanity.com, to learn how you can help fight back against this bill, and the tyrannical attempt to shut down opposing moral views.

Click Here to View the Letter in its Entirety on GenderInsanity.com